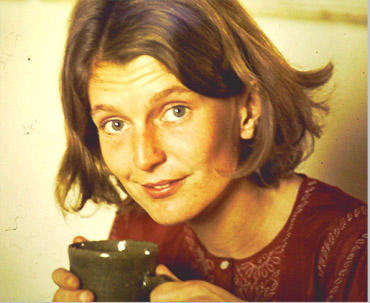 In the Spring of 1970 I was 22 years old, near to finishing my degree at the University College of Swansea and living with my then-boyfriend Hugh Pearce (‘Jack’). We were both active in many left-wing campaigns, particularly against the war in Vietnam and against apartheid.

We were beginning to consider what we wanted to do when we left University in the summer. I was very interested in going to Botswana to teach at a Secondary school which was trying to implement radical social and educational policies. But I had also been offered a place at the School of Oriental and African Studies in London to do an MA in Southern African studies. I was wrestling with this choice when Ruth First came to Swansea to speak at a Socialist Society meeting about the struggle for Independence in Angola. After the meeting I got chatting to Ruth and she seemed interested in the possibility of our going to live in Botswana. She asked to meet Hugh and myself the next day, and then asked us if we would be willing to go to Botswana as planned, but to also work for the ANC while we were there. And so the choice was made, really quite easily, and it is a choice which I have never ever regretted.

Over the next few months we made several trips to London, where we met Ronnie Kasrils, Stephanie Sachs and others, and received a lot of training in receiving and decoding messages, etc. We also decided to get married, to look more respectable. We were warned about the likely consequences if we got caught: I can still hear Ronnie saying – just hang on for 24 hours, to protect others, we can not expect more.

And I spent a lot of time with Stephanie Sachs, whose ankle had been broken in SA custody, so I think that we had some idea of what to expect.

Later that summer we flew to Nairobi, travelled overland to Lusaka (where we were received by Oliver Tambo) and then on to Botswana. We soon settled into life at the school (I have decided to be deliberately vague about the names and locations of both schools where we taught, as I became very fond of them and many people associated with them and do not in any way wish to cause them problems). It was a most interesting place with a very multi-national staff, including many exiles from South Africa and the then Rhodesia. The only problem, unfortunately, was that the relationship between myself and Hugh became very difficult and we struggled to work together productively.

We did undertake one mission together during that early time in Botswana. We were asked to drive to Gaborone, the capital, and meet a passenger at the airport. We were then to drive to the border with South Africa and find a place where our passenger could cross illegally, before picking him up again on the other side. At first, things went well. We drove to a very secluded spot some distance from the airport where our passenger was able to shed his suit and tie and dress much more informally and then we drove to an area very near the border. We had studied maps of the area in great detail and felt that we had found a suitable place for the illegal crossing. The whole area around that crossing is of poor farmland, bush really, with just wire fencing marking the boundaries between farms. Hardly any people around, and just dirt tracks for roads. We dropped our passenger off, went through the border easily and then tried to find the point at which we were supposed to meet again. According to the map, the two tracks should have run more or less parallel with just the fence between them, but we were unable to locate the right place. We drove up and down various tracks until it was dark and we had to put on our lights. We felt that now we were on the verge of ‘acting suspiciously’ and in the end and with great reluctance we had to head for Johannesburg and desert our companion. Needless to say, we felt pretty awful about this and even today I would really like to know what happened to our passenger. (I should mention here that Hugh has always maintained that our companion was Chris Hani; I am not sure.)

Ronnie had said that we should spend some time just getting to know the area, and becoming known, especially travelling to and from South Africa through various border posts. We used these trips to buy supplies for the school. I, meanwhile, had started a relationship with a young American volunteer teacher called Jeff Russon. As it became clear to me that this relationship could be serious I decided that I had to confide in Jeff. He repaid my faith by immediately offering to become involved and in fact from that point on became my partner. I could not have made my contribution without his support, practical and moral. I think that we made a good team.

Due to completely unrelated events, our school was closed by the Botswana government, and all expatriate teachers were dispersed. Hugh and his Motswana girlfriend (later wife) went to Lesotho and I believe that he carried on working for the ANC there, but we were not involved in this work at all so I will leave that story for Hugh to relate.

Jeff and I found jobs teaching in another Secondary school in the South of the country, in fact much closer to the SA border. From there we made several trips into SA carrying and posting ANC propaganda – about a thousand letters each time. We would receive the text usually via a long letter from some mythical Auntie Ethel in England – the letter (which usually had us in stitches) being written on only one side of the paper, the blank side containing the message which we then decoded and typed onto a duplicating stencil before duplicating the copies. And of course we had to address all those envelopes. This was problematic only in that we lived in a very small house surrounded by other houses and with nothing we would recognise as privacy (even our loo was shared). We tried to solve this problem by one of us typing or duplicating away while the other sat firmly in our only doorway to intercept visitors.

We had an old smallish Toyota pick-up truck and Jeff had discovered that the panels on the insides of the doors could be removed, leaving a reasonable space inside. So that is where the completed letters went when we were ready to go. Then we had to stop on the other side of the border to remove them and put them in holdalls etc ready for posting. We tried to post in many different post boxes, not too many at a time, and in fairly populated areas, and we always posted them all before we got to a big city for the night. The next day we would buy more stencils, paper, envelopes and stamps for the next trip before heading home. I was always bothered by the stamps – how to explain buying large quantities of SA stamps when we were obviously not South Africans, but luckily we were never challenged. 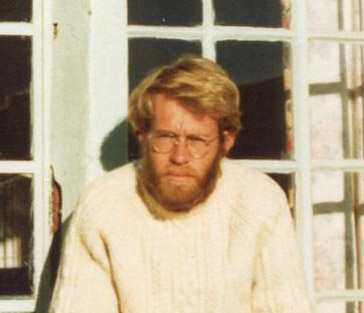 We did have at least 2 hairy moments. Once, we were at the SA border post, our passports had been stamped and we were about to walk back to the truck when one of the guards decided he would like to check the vehicle. Somehow, still chit-chatting to him in the most amiable way, we managed to get back to the truck just ahead of him and politely open the doors for him to see inside. If he had opened a door and felt the weight of it stuffed with letters.

On a different trip, several months later, all was going well and we were approaching Jo’burg as night fell. We had posted the vast majority of the letters. Jeff was driving and I had the remaining letters in a bag on my lap, ready for a quick last post when we saw a suitable postbox. And then we were suddenly pulled over by the SA police.

Luckily they only seemed interested in whether Jeff had been drinking, which of course he hadn’t, and not in the contents of my bag. I remember sitting there and looking at the lights of Jo’burg spread out below us – those few moments are still etched in our minds very graphically.

Most of our trips, however, passed off without incident and we spent six years in Botswana before settling in the UK . I would also like to mention that on one of our last ‘postings’ Hugh happened to be in Botswana and he came with us and helped with the work.

In conclusion, we would like to stress that we are proud of what we did, and very pleased that we did it, but that we have always been aware that many other people took far greater risks both in terms of life and liberty than we did.