‘I was a leaflet bomber’

This article, about London Recruit Bob Newland, appeared in the "First Person" feature in the FT Weekend Magazine, 10 Jan 2015. 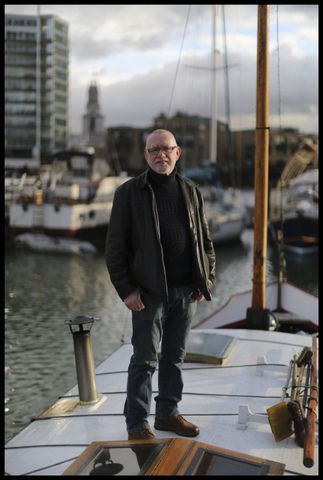 A leaflet bomb isn’t really a bomb, it’s more like a firework. When detonated, leaflets bearing information fly 40ft-50ft up in the air before cascading down into the crowds. I got involved in it as part of the anti-apartheid struggle in the 1970s. I was living in London when a friend from the Young Communist League approached me one night and told me I had been selected for a special task: to set off leaflet bombs in South Africa.

It was part of a plan devised by the African National Congress (ANC) after its main leadership was arrested in 1963. It enlisted white students and young workers in the UK who could circumvent the Pass Laws in effect in South Africa to spread its message and keep its name alive among the non-white people.

We became known as the “London Recruits”. I wasn’t sure what I was getting into but I trusted my friend.

I was 21 years old and unemployed. This was critical to the plan because the ANC wanted recruits without children or solid ties. We were told we could get captured and tortured but we were young and enthusiastic and considered ourselves bulletproof.

We made the bombs using plastic buckets that we bought from a local hardware store in South Africa. We hid them in carrier bags, and some leaflet bombers placed plastic spiders on top to ward off unwanted attention in the moments before detonation. No one was ever hurt or arrested while leaflet bombing.

We placed them in bus or train stations that thousands of black South Africans would pass through as they went home from the city at 5pm. When the explosives went off, the leaflets fell into the crowds, who snatched them up before the security forces could move in.

We used basic egg or kitchen timers. But they were very inaccurate. Someone I know was setting up a bomb in their hotel room when the timer sprang back up. Luckily there were fireworks outside and they could easily explain the noise. But leaflets were hanging from the ceiling and the wardrobes and they had to rush to clean up.

The ANC also gave us training in how to escape detection. Everyone knows this now because of TV shows but they taught us to look in shop windows for reflections of people behind us or, if we were being followed, to slip into a building and come out from the other side.

One afternoon we had some free time so we visited Soweto to get a measure of the scale of the place and the circumstances people were living in. Once there, we got caught up in a roadblock and were petrified the police would stop us and find the leaflet bombs in the back of our car.

I was in South Africa for only four days but the ANC continued to use leaflet bombs for nearly three years.

Travelling to Johannesburg was my first time flying and staying in a hotel. Airport security wasn’t as severe in the 1970s – we carried the explosives in the bottom of a Fortnum & Mason biscuit tin that I said was a gift for someone I would be visiting.

We were ordered not to talk about our activities. I came back to the UK to work for the Communist party and, later, for the Morning Star and Greenwich council.

Some of the London Recruits went back to South Africa in 2012 for the launch of a book about us, and we were invited to Thabo Mbeki’s 70th birthday party.

In his speech he dedicated the event to the London Recruits who, he said, had come to help them in their darkest hour. And we just wept because we had no idea how important this little thing had been. 6

A guide to the London Recruits’ leaflet bombs is featured in “Disobedient Objects”, an exhibition at the Victoria & Albert Museum (until February 1)

As told to Venessa Parekh