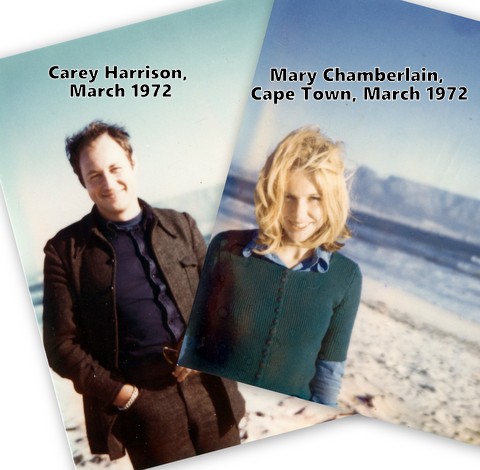 When the Editor first came into contact with Mary Chamberlain (via Ronnie Kasrils) in 2010, the book was regarded as finished and he was looking for a publisher. In haste, Mary wrote a short account of what she had done as a London Recruit and space was found for it in the book. However, since publication she has written this much fuller (and funnier) account that includes her more general comments as well. The article was first published in History Workshop Journal 74, Spring 2013 and we are grateful for their permission to re-publish it here.

Oxford Brookes This email address is being protected from spambots. You need JavaScript enabled to view it.

Let me start with the context. By 1966, the apartheid regime in South Africa had all but annihilated the African National Congress (ANC). They had wrecked its presses and rendered its organization inoperable Its leaders had been executed or imprisoned, or were in exile. Some leaders, along with some supporters, had fled to Tanzania or Zambia. But a great many of them, including Joe Slovo, Yusuf Dadoo and Ronnie Kasrils, ended up in London, the metropolitan heart of the rapidly disintegrating Empire. They set up shop in Fitzrovia as the ANC in exile, in alliance with the South African Communist Party (SACP), not far from the offices of the Anti-Apartheid Movement in Charlotte Street.

While the Anti-Apartheid Movement pressured the UK government and focused world attention on the South African regime, the ANC-SACP was faced with a different issue: how to destroy the apartheid regime from within. It needed to maintain the struggle inside South Africa when the ANC’s infrastructure was all but destroyed, to continue to raise the consciousness of South Africans against the evils of apartheid, to maintain morale in the opposition, to encourage resistance and to demonstrate that the ANC was active. A four-pronged strategy (‘the four pillars of struggle’) was put in place, one aspect of which was to release ANC and SACP literature into South Africa. With no presses and the networks devastated, literature had to be brought in from outside. Ronnie Kasrils’s task was to recruit volunteers from the vast numbers of anti-apartheid supporters in London, and send them out to South Africa as couriers. Ronnie, at twenty-six, was the youngest of the exiled leaders. Charismatic and good-looking, articulate and intelligent, Ronnie enrolled at the London School of Economics. Though a member of the SACP, he rode over and through the sectarian divisions of the left and recruited both students and (through contacts with the Young Communist League) workers: young people, with clean passports and white skin, who could pose as tourists or businessmen and would pass unsuspected within the apartheid regime.

I was twenty-three years old and in love with the man who was to become my first husband, Carey Harrison. An old Cambridge friend of his, Katherine Levine, introduced us to Ronnie, who sounded us out about becoming couriers. Through Ronnie we met Joe Slovo although, at the time, for security reasons, we did not know his name. Ronnie and Joe vetted us, and suggested that our cover would be more convincing if we were married. I don’t know whether we would have wed without the impetus from the ANC, whether the love affair would have burned its course and we would have parted, more or less friends. Probably. We had only known each other for eight months. But I have the ANC to thank for our lovely daughter, Rosie.